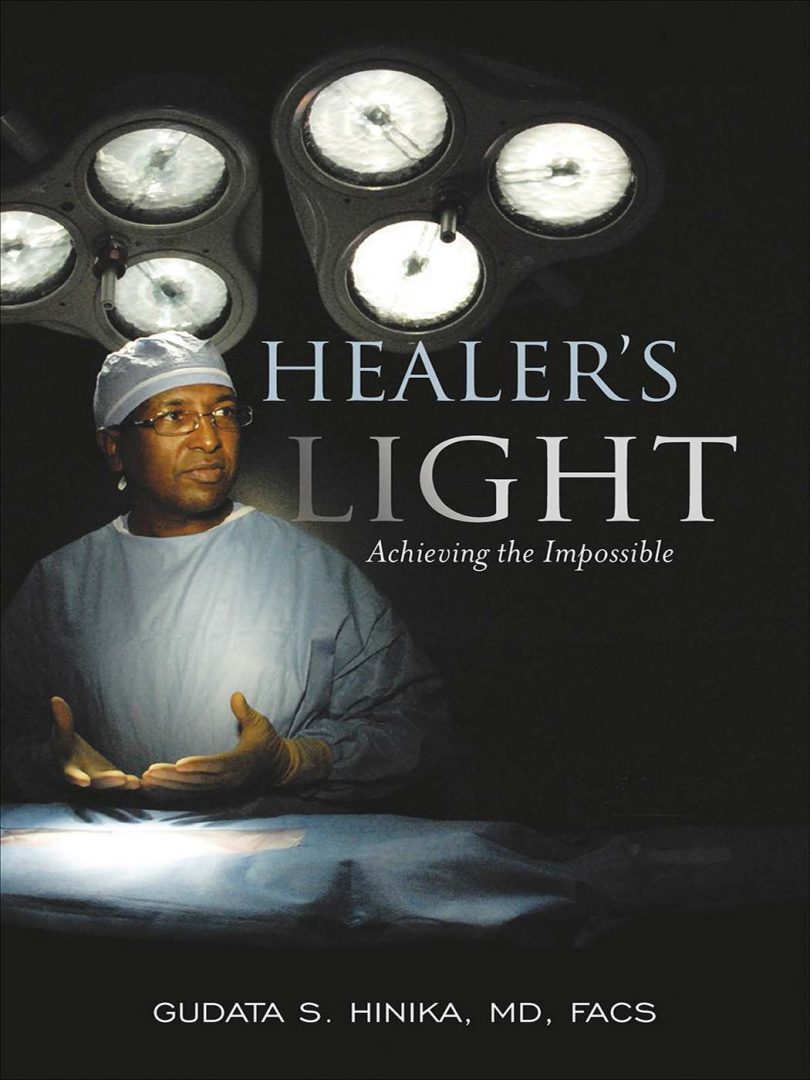 The litany of ills in Ethiopia, a country where contracting chronic conditions like breast cancer or diabetes is as lethal as a death sentence, would exasperate even the most optimistic of humanists. But not Dr. Hinika, a physician from southern California. Propelled by the dreams of his grandparents, Hinika takes the world’s pressing challenges head-on.

Hinika’s book details the extraordinary journey of a skinny Oromo boy from rural Ethiopia who, escaping political and religious persecution, immigrates to America and goes on to attend one of its elite medical schools and brings, through sheer dedication and hard work, the joys of restored health and a life of hope to many in South Los Angeles as well as his native Ethiopia.

Half a century ago, Hinika Buliye, the future Dr. Hinika’s grandfather, embarked on a crusade to bring modern amenities such as roads, electricity, and education to a small rural village of Gode in the Oromia region of Ethiopia.

The illiterate Buliye, a well-respected community leader among his Arsi Oromo kinsmen, made a name for himself with his sophisticated peacemaking abilities, knack for oratory, and fierce advocacy for social justice. He had aspirations which he did not live long enough to carry through. But his lofty visions of a better life for Ethiopia’s poor did not die with Buliye.

Not blessed with an heir apparent to carry on his legacy, Buliye adopted his daughter’s eldest son, Hinika, who was later inspired by his maternal grandmother to lead a life of purpose.

Healer’s Light: Achieving the Impossible , Hinika’s first book, is a memoir, a special tribute to his beloved grandmother, Ayo. Written in simple but penetrating prose, Healer’s Light is filled with awe-inspiring stories of childhood, love, faith, perseverance, and giving, and the hardships and gratifications of practicing 21st century medicine.

Hinika’s inspiring journey, full of hurdles, from the mountains of his native Oromia, Ethiopia to the streets of South Los Angeles is a testament “to the enduring strength of human spirit” and the idea that, if you are willing to work a little harder, in America, you could still achieve greatness, as he did.

Hinika, who grew up fairly privileged under Ayo’s protective shield, was sent off to the nearest school in a place called Wotara, a few miles away, when he was six years old. The young Hinika wouldn’t have it. He neither understood nor cared about education, which his grandfather spent decades campaigning for until his last breath.

It was during this time, through long conversations as she walked Hinika to and fro school, that his Ayo made sure he understood the importance of education. She would often tell him, “with hard work you can reach the sky” and remind Hinika of why he has to attain education not just for himself but also for his Ayo.

As a teenager, a rebellious Hinika was disciplined on several occasions, including two expulsions from school. But his life took on a different trajectory in 1979  a year after he had transferred to Kuyera Ethiopian Adventist School, with the urging of his older brother Nigussie, where Hinika, whose biological father was a Muslim, finds Jesus Christ and his beloved wife, Wubitu. It was also at this school that Hinika had a glimpse of America and some of the medical advances unheard of in communist-ruled Ethiopia while flipping through books smuggled by American missionaries at the school.

Hinika faced mistreatment in the hands of Ethiopian authorities even as a boy because of his grandfather’s affluence. A few months before his graduation from Kuyera Institute as a class valedictorian, Hinika was drafted to serve in the national army. After spending a few weeks in confinement at a nearby military outpost, authorities allowed him to finish school and serve a few months in the national literacy program, a campaign modeled after his grandfather’s popular Arsi Basic Education System.

Beyond the author’s gripping story, Healer’s Light tries to prove with actionable and replicable examples, what it means to be the change one wishes to see in the world. Hinika personifies this ideal in his personal life, professional career, and philanthropic work that has spread the miracles of medicine and education around the world.

The larger miracle is the fact that a village boy from historically marginalized Oromo background in southern Ethiopia would “put himself through two bachelors degrees, medical school, and become a surgeon; much less become an instrumental force in the establishment of a prestigious Trauma Center; and to be appointed as its leader at a young age.”

But as Hinika’s story, captured poignantly in Healer’s Light, demonstrates with a singular aim and focus through small incremental steps, everyone has the potential to alter the course of a society.

As a trauma surgeon, Hinika had seen death in many of its forms– and have even saved the lives of hundreds. But the abrupt loss of his Ayo in 2001 while Hinika was finishing his surgical residency program in California so many miles away – beyond the sea where she had once told him to seek light and more knowledge– left him miserable for years. That changed when he finally returned home in 2003 to pay respect to Ayo.

It was after visiting his native hometown of Gode and Ayo’s grave that Hinika realized what his Ayo meant by leading a life of purpose. Guided only by the light of her dreams, Hinika has seen the modern amenities like road; houses with tin roofs and electricity reach Gode – a dream his grandfather died before seeing.

Hinika’s philanthropy, founded on Buliye’s legacy, has put many Ethiopian youth through school by offering full scholarships at local colleges. Since 1993 he had been sponsoring struggling poor kids at the Ethiopian Adventist College. But after his 2003 return home, Hinika realized that was not enough. He built, first an elementary school, and then junior high and most recently funded the construction of Gode’s first high school.

Hinika’s philanthropic impulse emerged from his diagnosis that the health care crisis in Ethiopia is a human resources crisis. There are more Ethiopian medical doctors and nurses in a mid-sized American city than there are in the whole of Ethiopia.

If his kinsmen knew Buliye as “the bringer of light,” Hinika had delivered even more. If the Arsi Basic Education was Buliye’s cause, the improvement of healthcare delivery in Ethiopia’s Oromo region has become Hinika’s fight. With a hospital and medical school already under construction, Hinika’s lights are just beginning to flicker, it seems. Tapping into the American philanthropic spirit, Dr. Hinika has inspired other volunteer physicians from the U.S. to spread the light further afield.

Healers Light , Hinika’s highly candid, insightful, and inspiring memoir, ends with a call on the youth to defeat despair and be engaged with the problems of the world.

And a call to all of his readers to translate their life purposes into a vision for action. “Because with each effort you make, your light shines brighter in the world. And the world, in turn, is a little bit brighter for the rest of us.”