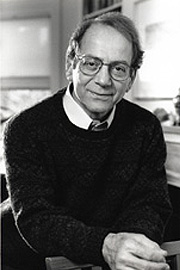 The Oromo vision could electrify Ethiopia


Although many Oromo occupy senior positions in the government and seem to be proud of this connection, part of the Oromo people remains obsessed with being an “oppressed” people. Without gainsaying Oromo hardships, fixation on victimhood has kept many from asserting themselves constructively and playing the enormous role in shaping Ethiopia’s future for which they are destined.

To make that contribution, the Oromo would be well advised to define their situation in a broader historical perspective, one acknowledging the many positive contributions Oromo groups and individuals have made over five centuries. Oromo groups invited themselves into vast areas–from Harar to Gojjam, from Hadiyya to Tigray–in many cases, no less aggressively than Amhara and Tigreans were to do against Oromo and many other ethnicities during the reign of Emperor Menelik. Once settled in those areas, many of them affiliated with the Ethiopian center. They helped Sarsa Dengel combat the Turkish invaders in the late 16th C.

They penetrated the Gonderine court and produced an Oromo emperor, Iyoas I, under whom Afan Oromo was spoken at court. They played an essential role in the great outpouring of patriotic effort that culminated with the defeat of Italians at Adwa. And although some–including Yilma Derese, later one of Haile Selassie’s most prominent ministers–used the Italian invasion as an occasion for seeking British help in 1936 to establish an independent Western Oromo Confederation in 1936–others, like the heroic Dejazmatch Balcha Safo, fought the Fascists valiantly. Perhaps thousands joined other Ethiopians as victims in the huge massacres inflicted by Italy’s Viceroy. In the past century, many Oromo personalities have emerged as cherished national symbols for all Ethiopians–including Ras Makonnen, father of Emperor Haile Selassie; Empress Menen, wife of Haile Selassie; the universally beloved vocalist, Tilahun Gesesse; and Olympic champion Abebe Bikila.

Embracing this inclusivist perspective, the Oromo vision could electrify Ethiopia.  Oromo leaders could promote wider understanding of the democratic ethos of the remarkable political Gada system and invite themselves more robustly into the Ethiopian center, with a vigorous campaign to reform democratic procedures, protect human rights, and guarantee civil liberties for ALL Ethiopians.  Such a role would be in keeping with the expansive project of the Oromo people and their most salient traditional virtues.